But first a word about the difference between North American pumpkin seeds and Styrian Gold pumpkin seeds…..check it out.

The main difference, is that the North American pumpkin seeds have a thick, white shell (husk) that once removed you are left with a smaller light green seed (also known as pepitas) VS the Styrian pumpkin seeds that grow without a shell and are larger and dark green. 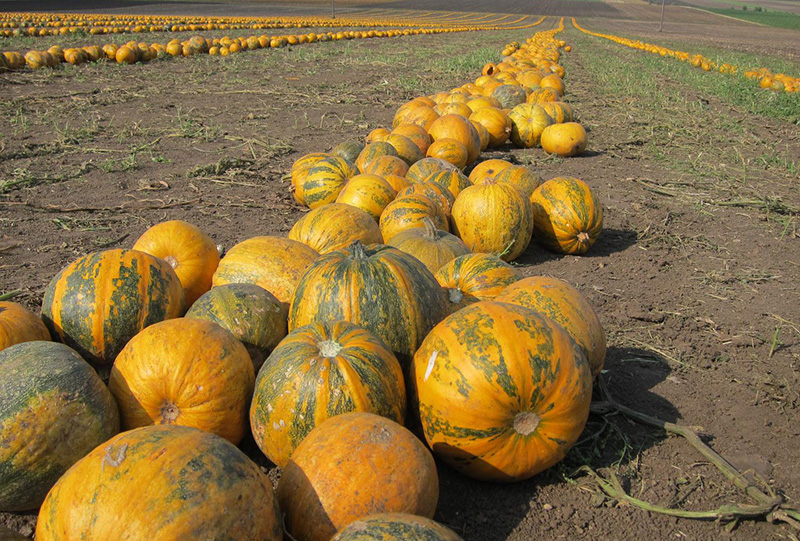 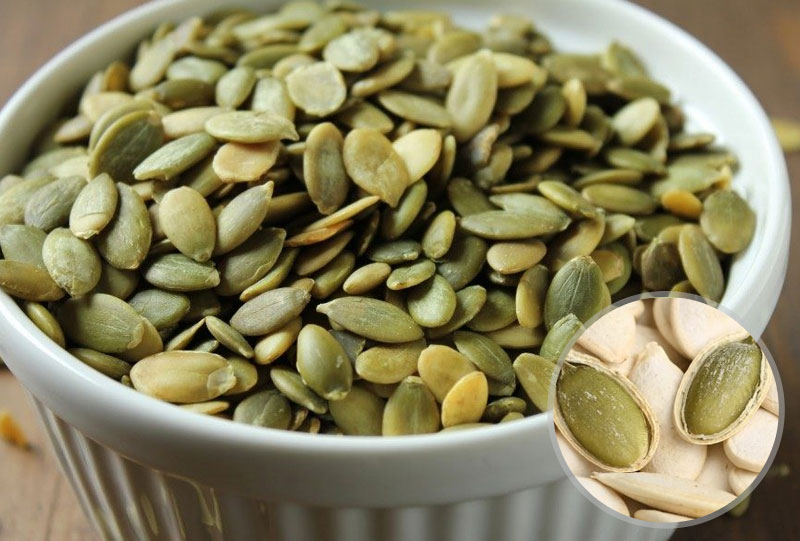 (Remove the shell….you have pepitas…..healthy fats dry up (oxidize) and go rancid…..reduced nutrition)
Oil from these seeds is unstable and must be refrigerated, is light yellow colour, slightly bitter taste. 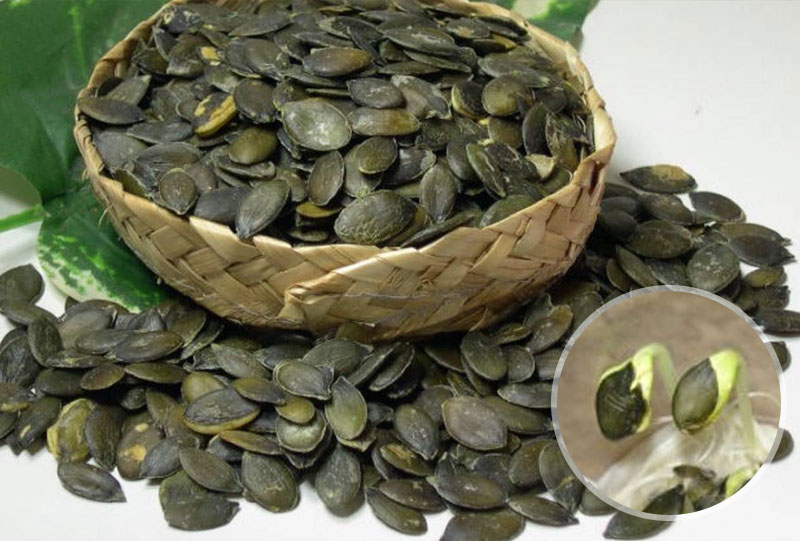 (No shell….still alive…..healthy fats intact…..superfood….can be sprouted!)
Oil from these seeds is stable and does not need refrigeration, is dark green with red undertones, has a unique, nutty aroma and flavour.

Health and Nutrition of Styrian Pumpkin Seeds and Oil

The healing power of pumpkins and pumpkin seeds was discovered centuries ago from Central America, particularly Mexico. The flesh has been commonly used for the treatment of skin irritations, ulcers and tumors.

However, the real power is in the seeds. Pumpkin seeds are amazing little bites of nutrition and disease prevention. Loaded with vitamins and antioxidants, they are among the world’s most beneficial superfoods. These seeds are an excellent source of many important nutrients for our bodies which are in short supply in the average western diet.

For thousands of years, pumpkin seeds and pumpkin seed oil have been used as a natural remedy for irritation of the bladder and kidneys as well as for prostate irregularities. Pumpkin seeds have made the news headlines in recent years for their preventative power in relation to prostate conditions and prostate health.

Here is a short video that gives a quick look at some of the many health benefits of Pumpkin Seeds: CLICK HERE

Healthy Phytonutrients in the Oil

These special molecules made by plants – phytonutrients or phytochemicals or phytoestrogens have shown to help the body control cholesterol levels, heart rate and blood pressure as well as help facilitate healthy hormone balancing. The characteristic dark green colour of Styrian Pumpkin Seed Oil is a result of the phytonutrients present in the oil.  Did you know that Scientists have only recently discovered many thousand of kinds of these nutrients and more are being found every year?  Scientists have grouped these substances based on their protective functions and the physical characteristics of the molecules: These include:

CLICK HERE for more detailed information about these amazing chemical compounds found only in plants and a detailed description of the main groups listed above.  “These represent just a few of the exciting and emerging new nutrients from plants that have hit the Natural Products Industry. There are still many yet to be identified and isolated for study. Their importance should not be underestimated since they elicit protective benefits that are more powerful than vitamins and minerals”.

CLICK HERE to read a 2011 pilot study of the effects of these healthy nutrients in women.

For centuries health practitioners have been using pumpkin seed oil as a relief for urinary tract issues – including bladder, kidneys, the whole downstairs plumbing….men and women!

CLICK HERE to read a 2014 study published in the Journal of Traditional & Complementary Medicine on how Pumpkin Seed Oil Improves Urinary Disorder in Human Overactive Bladder.

Of course this can apply to your pets as well!

CLICK HERE to read the 2007 study, Seeds and oil of the Styrian oil pumpkin: Components and biological activities done by Gilbert O. Fruhwirth and Albin Hermetter from the Institute of Biochemistry, Graz University of Technology, Austria.

CLICK HERE to read a more recent study, Effects of pumpkin seed oil and saw palmetto oil in Korean men with symptomatic benign prostatic hyperplasia done in 2009 by a group of Korean researchers.

According to the studies above, the active ingredients in Styrian Pumpkin Seeds normalize and strengthen the musculature of the bladder and have a positive and prophylactic effect on benign prostate growths in the first and second stages. Styrian Pumpkin Seed Oil, in comparison to the other oils studied, showed the highest antioxidation effect.

CLICK HERE to read about a new study linking Prostate Inflammation and Parasites….”the little flukes get in there because they love the abundance of Zinc, you don’t feel it but they eventually inflame the gland and then cause the symptoms we notice”……yet another clue to the correlation between Pumpkin Seed Oil, Parasites and Prostate health.

If used as a preventative measure early enough or as a supplement to a regular diet, the nutrients in pumpkin seeds and oil could contribute to avoiding urinary tract and prostate issues later in life, especially in men over 40 years old.

CLICK HERE for an in-depth nutrient analysis of pumpkin seeds.

CLICK HERE for a some great general pumpkin seed information but with a focus on the North American pumpkin seeds.

Also there has never been any indication that eating pumpkin seeds or pumpkin seed oil, even in higher doses, has any negative side effects. Neither does it produce any complications when taken in combination with other foods or medicine.

Many studies have shown that people affected with prostate hyperplasia report marked improvement when they include pumpkins seeds and oil in their diets. 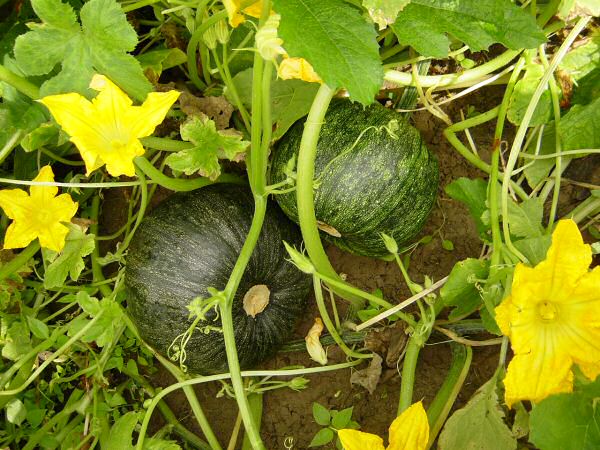 Our bodies naturally try to keep us as neutral as possible by balancing pH levels. Health professionals are well aware that a high level of acidity in the body makes us much more prone to disease. Many of the foods we eat today are acidic. It is becoming increasingly important to eat foods that help to counter effect this imbalance. Pumpkin seeds are becoming an important food to add to our diets because they are one of the highest alkaline-forming foods for our bodies. 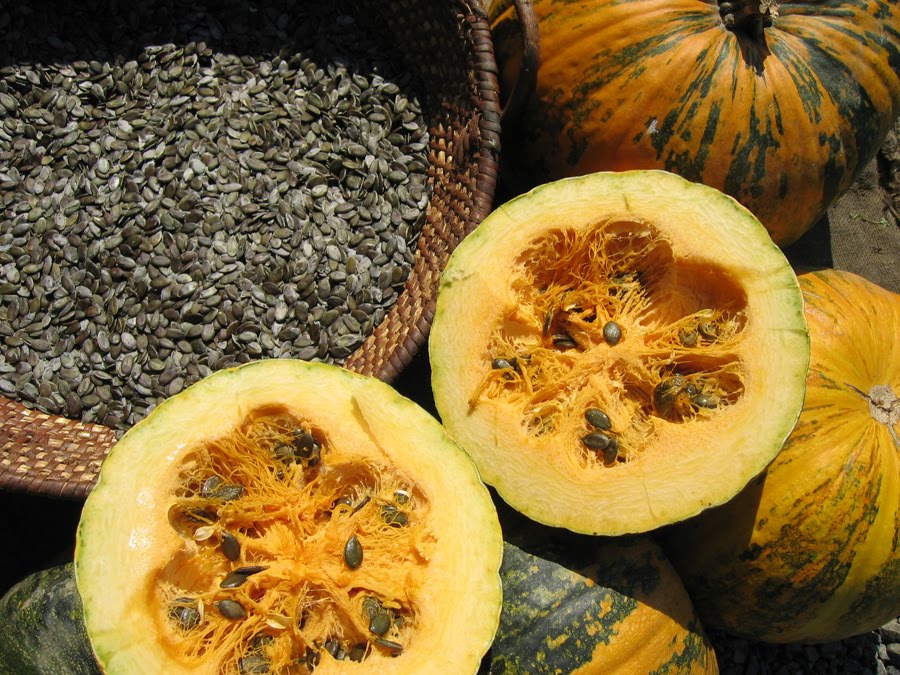 Studies also show that Styrian Pumpkin Seed Oil in comparison to other unrefined vegetable oils, has the highest protective effect against “free radicals, which are aggressive molecules that cause harm to the body.

Tryptophan is an essential amino acid that the body needs in order to synthesize proteins. Our bodies cannot make it so we have to get it from the foods we eat. It is converted into serotonin and niacin, which are known to help brain function, including getting a restful sleep. Pumpkin Seeds are ranked among the best plant-based foods to contain tryptophan. Just 1 ounce (28 grams) of pumpkin seeds or 1 table spoon (15 ml) of the oil contains 160 mg of Tryptophan. That’s 58% of the recommended daily intake.

When it comes to mental health and sleep, tryptophan really is a miracle substance having numerous benefits, including relief from:

Dogs, cats, horses, all domesticated mammals and even humans…..we are all made of the same stuff and therefor need the same nutrients for healthy body.  Raw pumpkin seeds and pumpkin seed oil are valued for many kinds of pets as:

Just a daily tea spoon in your small dog’s or cat’s dish….or a table spoon for larger animals can go a long way to keeping your valued family member fit and healthy. For articles and more info CLICK HERE  or HERE  or  HERE

For additional information about Pumpkin Seeds and Pumpkin Oil, please refer to the following articles and studies and videos:

Super Food Profies – The Many Health Benefits of PSO

Pumpkin Seeds & their Oil: Fuelling the Styrian’s of Austria’s Engine

Benefits of Pumpkin seed oil on skin and hair from dnaindia.com

Top 10 reasons to gorge on pumpkin seeds from thehealthsite.com

BT.com’s Health benefits of pumpkins:7 reasons to tuck into the Halloween favourite!

From The Alternative Daily: 11 Reasons To Eat More Pumpkin Seeds And How To Do It

If you came this far on this page you’re going to need this: Link to coupon code for our online shop! (top of the page)

Disclaimer: The information contained on this website (www.styriangold.ca) has been carefully compiled from relevant research. However, It does not guarantee any specific results as a result of any suggestions, recommendations or procedures mentioned here and the results may vary from person to person. The topics in these pages including text, graphics, videos and other material contained on this website are for informational purposes only and not to be substituted for responsible, professional medical advice, diagnosis, treatment and therapy. Styrian Gold Inc. is not responsible for complications that might result from treatments made based on the information provided here. You should always seek advice from a trusted and certified health practitioner.